I wish these reports from China would have photos/videos/depth... 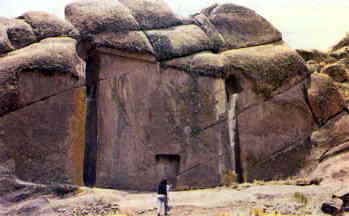 
Robert Schoch (written by his colleague) thinks that the Bosnian pyramid is a hoax :(

"the pavement is of natural formation and not manmade"

"The angle of the Pyramid taken from the air was to show the other sides that are not shown, as the only side that really looks like a pyramid is the only picture that is usually portrayed."

"we have many samples, none of which are showing ancient man made intervention to create a pyramid"


Could be real, or perhaps lots of hype about psuedo-pyramids is just the fashion these days.

Gigantic pyramids, very similar to Egyptian ones, have recently been discovered in Luganshchina. Scientists conclude that five thousand years ago, a highly developed civilization lived on the territory of modern Ukraine.


According to Robert Sitler these are things the Mayans themselves have said about 2012:

"4 Ahaw k'atun is the eleventh k'atun according to the count. Chichen Itza is the seating of the k'atun. The settlement of the Itzas comes. The quetzal comes, the green bird comes. He of the yellow tree comes. Blood-vomit comes. K'uk'ulkan shall come...." Book of Chilam Balam of Chumayel.


A Stonehenge for France


This is rather exciting. Same era as Stonehenge, and not messed with since. All they have to do is raise the stones from where they fell, and the design can be resurrected.

Archaeologists working on the Kerdruelland site over the past nine months have discovered not one but 60 "lost" menhirs. They believe that they were erected - and then destroyed - during the "middle period" of the standing stones era in western Europe, in around 2500 BC. (This was about the same time that the main ring at Stonehenge was constructed, possibly by invaders from Brittany).

Because the Kerdruelland menhirs have been preserved in mud and silt for 4,500 years, they should offer important new information on how such alignments were created and why. At the well-known sites, such as Carnac and Stonehenge, some of the stones have been moved or propped up or stolen or added over the centuries. Here the stones, up to 2m long, lie just as they did after they were felled four-and-half millennia ago.

....The fact that the stones were erected, and then deliberately toppled, at roughly the same time, is also an important discovery. It offers new evidence that the neolithic was a period of social and religious upheavals, revolutions and wars. In other words, the neolithic may have been "megalithic" - obsessed with whacking great stones - but it was not socially or culturally monolithic. Ancient man was as fractious and destructive as modern man.

....Kerdruelland today is a banal stretch of seaside suburbia. Here and there a huge lump of rough, yellow-orange coloured granite pokes through the plastic protecting the site from summer storms. To have some idea of how Kerdruelland must have looked 4,000 years ago, you do not have to go far. Eight miles to the east are the three vast alignments of stones, and their associated "cromlechs", or large stone circles, near the village of Carnac.


You've probably heard of the Bosnian pyramid, but an Italian pyramid may (or may not) have been discovered in 2003, in similar circumstances...


It's not just Europe that has standing stones and the like:

...noted archaeo-astronomer Byron Dix has determined that New England is replete with underground chambers. He says, ". . . there are some 105 astronomically aligned chambers in Massachusetts, 51 in New Hampshire, 41 in Vermont, 62 in Connecticut, 12 in Rhode Island, and 4 in Maine. 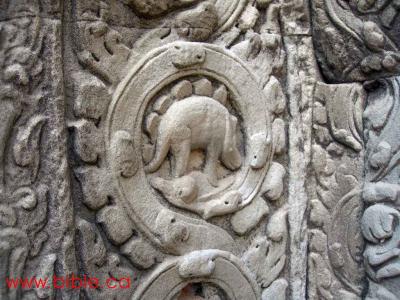 Is it a genuine ancient depiction of a dinosaur, or is it a fake, or just a badly drawn rhino?


Lots of pics and info on one page, link below.


The Creek tribe don't want any more digging to occur (ancestors are buried there), so they purchased ground-penetrating radar.

Because the mounds were built one hand-carried basket of earth at a time, they rose slowly from the surrounding river plain. As a result, the buildings atop the largest found — which sprawl across an acre of real estate — were probably constructed late in Etowah's history, probably between 1325 and 1375.

"These structures are huge," says King. "This is clearly a much more complex place than we imagined."


Even more on the Bosnian Pyramid


Sam Osmanagic reports on progress and discusses some of the critique on the project.

AstraeaMagazine's first audio update with Sam Osmanagic one month into the dig.

AstraeaMagazine's first generic interview with Sam Osmanagic about the find.


More on the Bosnian Pyramid


A good, long, non-biased look into what we know so far about the perhaps pyramid in Bosnia, at the History News Network - follow link below...